It's mainly a new small improvements, and some small fixes, here the notes

If there's some inconsistency on the project, the app will attempt to fix it automatically, like if for some reason a vertical line is not there anymore, or a polygon is related to a line which is non existeing. That could solve some unexpected issuse.

There was an issue that did not allow to remove portals, now it works again.

FIX moving lines while pressing shift A to get positions

If you are pressing shift + A to get the position of a vertex, the line could be still moved, not anymore, so you can freely check the position without being worried about moving it.

Related with the topic above, it was quite a pain to know from which axis we should copy the values in order to align some lines for example, that's why now, when you press shift + A you will also get a small axis indicating where is x and y

NEW showing portals cube in 3d to match the other model

Now portals are represented in the 3d editor by showing a small cube on each side of the portal, that way is easier to register the correct position between 2 models 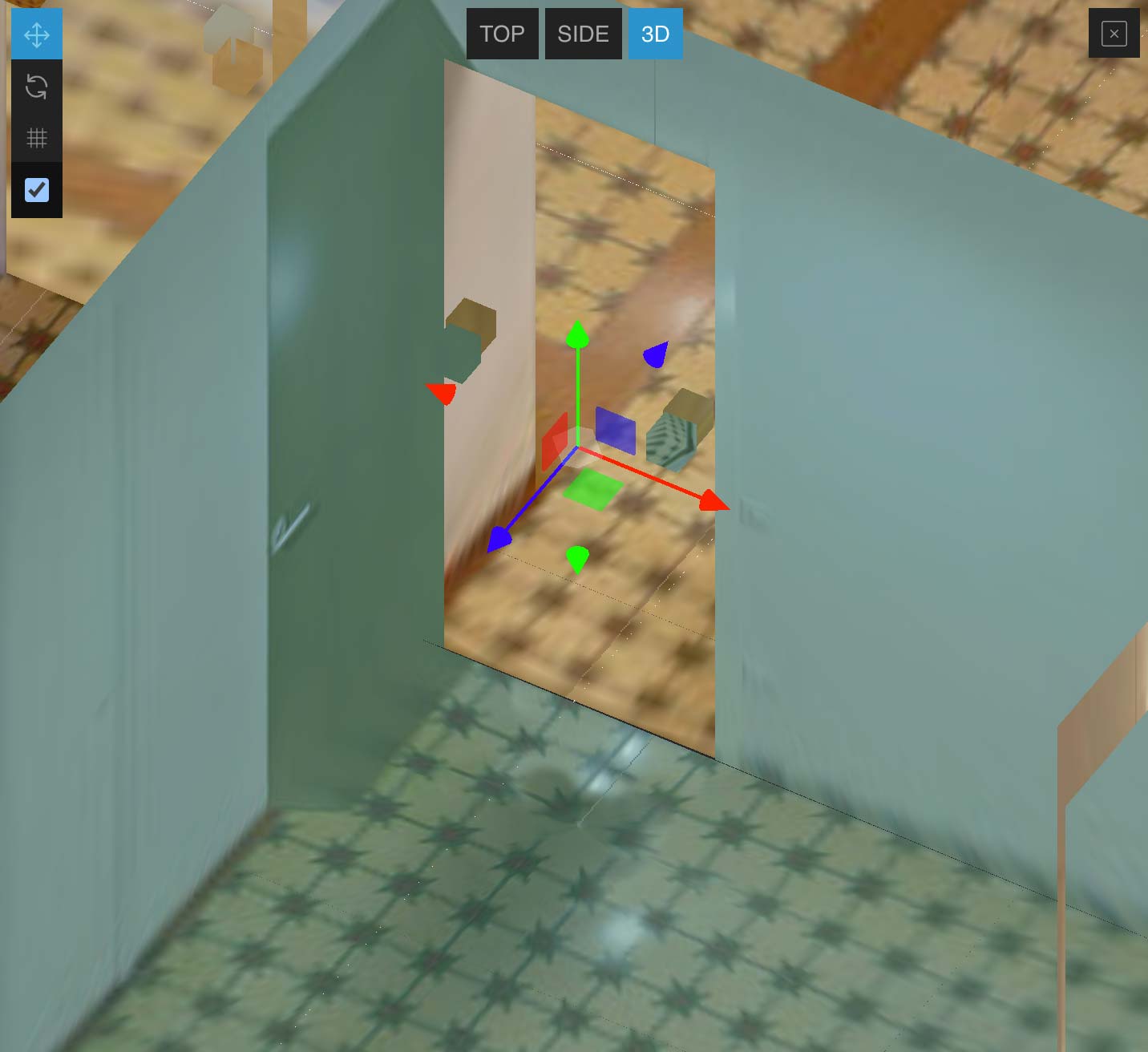 The tool that allows to remove or add the panorma alignment was not in the windows version, now it's there

The system that generates the texture has been improved, so that the values from the texture coordinates are more precise, and if in some cases we had small cracks could, that should be improved now.

There's a new option in the render settings, panorama section, where you can force to reprocess all panoramas, just to give you more control of the whole process.

NEW notification system in the app for new releases


“Truth is ever to be found in the simplicity, and not in the multiplicity and confusion of things.” - Isaac Newton