Here a short video as introduction :

Now you can easily create a multi level 3d model, on the other hand you can also group diferent models into levels and position them in 3D space

The Navigator plugin adds a new raycaster feature that enable users to make measures in 3d space.
With the ease of 2 single clicks anywhere on the screen get your measure. Or if you want to go faster, just hold shift, make a single click and the system will find the opposite position so making full measures with one click is fun and easy.

With the new raycaster, it's also possible adapting the mouse hotspot position and rotation accordingly with the geometry of the space, making the full experience of navigating and taking measures much improved.

Another nice feature is that now you can double-click anywhere on the dollhouse, and the navigator will find the closest pano, making the transition from the dollhouse to the scene a much clean and simple behaviour.

Because of the new multilevel feature the navigator plugin is now adapted an improved. everpano 3D calculates automatically the visibility between all panos, but sometimes your panos may not be visible from one to the other but you still want to have them linked with the navigator In order to achieve that, you can manually set the linked (or unlinked) panoramas in the scene attribute linkedscenes unlinkedscenes It can be a single scene, or list of them separated with a |

Now from the editor you can create evertags, a kind of 3D hotspot that allows you to add an extra layer of information. The current types of evertags are :

If you would like to customize the behaviour of those evertags, you have full control on the actions they perform.

In the main.xml in the section of the everpano UI you will find the documentation to customize it

Speed render mode, analize what parts of your project needs to be processed. If no changes on panorama where done we don't need to reprocess them, or if only one had some change, only this panorama is going to be processed.
The same stands for the model and the texture, so when the model did not had any modification it won't be recalculated. That makes the rendering process much faster, and if you need to just render again because you added evertags, or modified it's content it will take just few seconds.

Get more control on the texture of your model. You can set the scale of the texture, the antialiasing, you can choose format to use a jpg or png, and finally you can set a maximum size, in order to avoid really large images, which would make your project slow to load.

In case you would like to generate depthmap images from your project, now you can generate them with the most accurate precision. Generate a 16 bits image at scale 1, or if you want to use them together with krpano and get the most out of it, you will need to use the 8 bits version, which is the 16 bits version encoded in a 8 bits image, to be able to decode it in a web environment 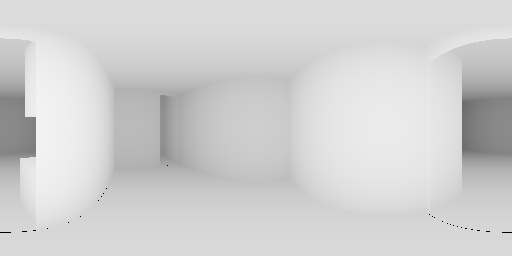 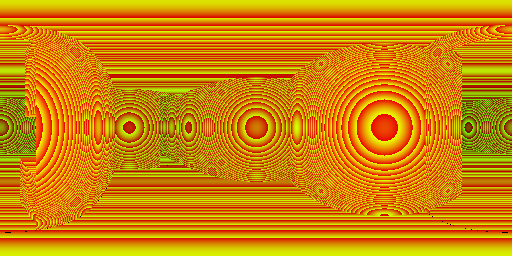 **The depthmap are using the information of the whole model, and they are also generated fitting the excat orientation of the panorama they belong to

There's full backwards compatibility with projects created on everpano 3D 1.3.x So you can open

Any format any size

Now you can directly drop a giga panorama to everpano 3D, making it much convenient to deal with big projects and big images.
Support for new formats has also been added so you can directly use PSD, PSB & Big TIFF files

When you start the creation of a new project, now is optional to use everpano 3D to automatically align your panoramas, because is a great feature and helps improving your model, by default is set checked. But because there are some situations, mainly in nature or more organic images where the system can not perform as expected, now, you can optionally activate the panorama alignment. Also you can remove or add it afterwards.

Because we use stairs to change from level to level, such kind of object used to be hard to model, because of its complexity and amount of elements. Now there's a tool that make the task much easy.

So just create a 4 points polygon, inclined , and press shift + s (stair) then a modal will pop up asking the number of steps.

Now by pressing shift while moving a vertical line it will get snapped within a certain threshold to the ground lines, that helps having every element better aligned


Many other small implementations :

“Truth is ever to be found in the simplicity, and not in the multiplicity and confusion of things.” - Isaac Newton