You could also import an existing krpano project. If you ever would like to use very big images or images which it's original file format is different than JPG, you could create a droplet based krpano project, and once this project is processed, it can be imported to everpano 3D 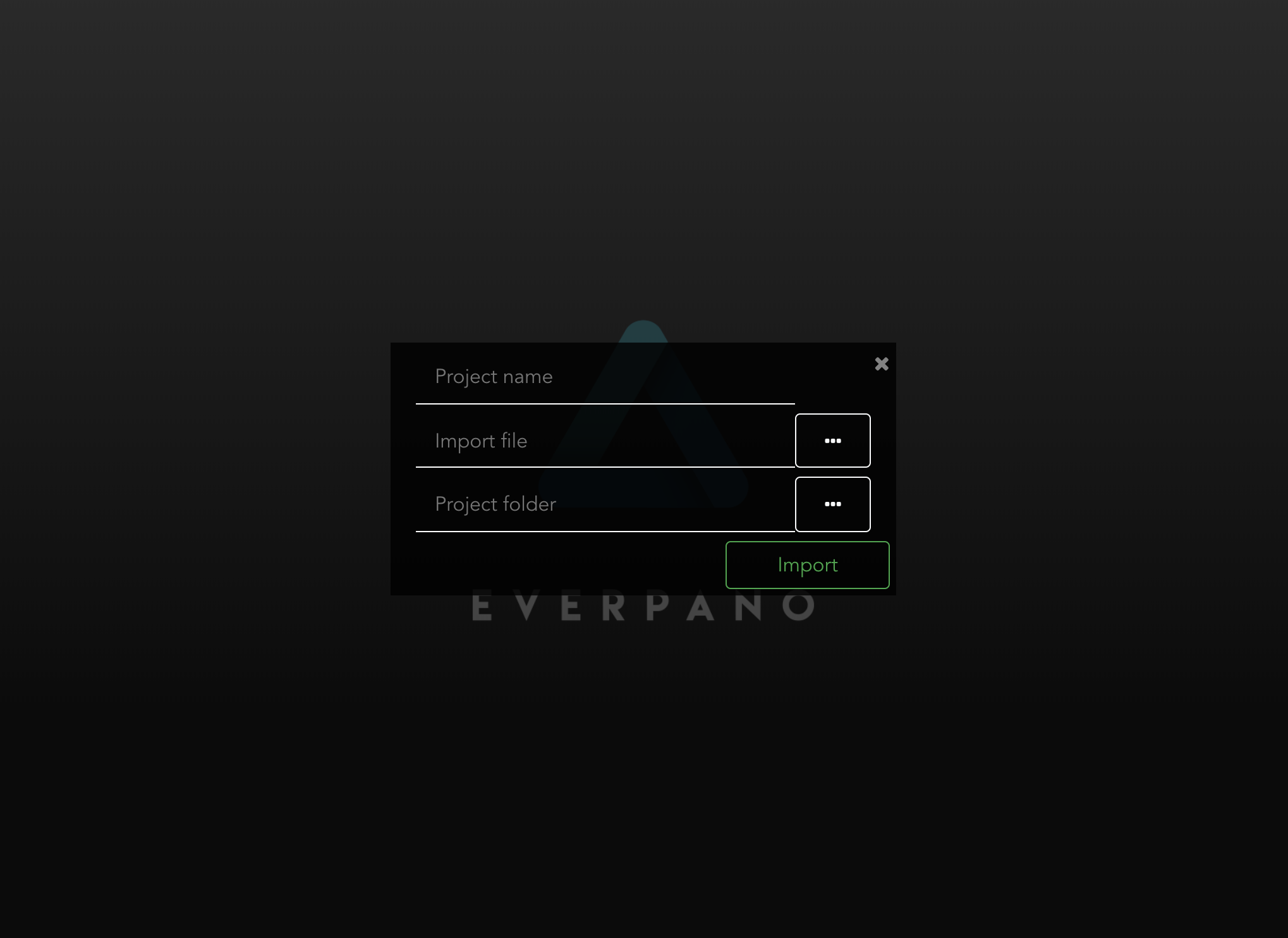 Important: importing a project is similar to creating a new one, but just changing the origin. By that it's meant that we are not going to import a project into an existing everpano 3D project but rather creating a new one, which a the same time, what we can do, is once krpano processed panoramas are imported, we can add new panos by dragging them, but they need to be JPG equirectangualr images, just as what we would do in a 'normal' created projected.

In this video it's shown the full import process